November 9, 2011 — EVANSTON, ILL. — The nation's fourth largest city is about to welcome the Northwestern University "Wildcat" Marching Band for their record-breaking fourth bowl game appearance in a row.

"We will be traveling to Houston on December 29," says Daniel J. Farris, Northwestern University director of athletic bands. "There are still many details to be worked out."

The fall term has just wrapped up on the Evanston campus, and after one last rehearsal, students have headed home for the holidays. The band, like the team, will return to Evanston early to prepare for its first-ever appearance at the Meineke Care Care Bowl of Texas. The game will be played at Reliant Stadium at 11 a.m. on New Years' Eve.

The Wildcats' eligibility for the bowl game is owed mainly to a four-game winning streak in the last half of the season, during which Northwestern upset ninth-ranked Nebraska while on the road. This year's is the winningest senior class in school history, with 36 wins.

"This is an exciting time for Northwestern football as we head to our fourth consecutive bowl game," said head football coach Pat Fitzgerald. On campus, the band's staff is arranging hotel accommodations, and rehearsal space, and performance venues in Houston.

The band's itinerary "looks to be remarkably similar to our schedule last year in Dallas," says Farris. This will be the Wildcats second bowl appearance in Texas in as many years, and also the second year for teams from the Big Ten and Big 12 teams to be matched at the Meineke Bowl. 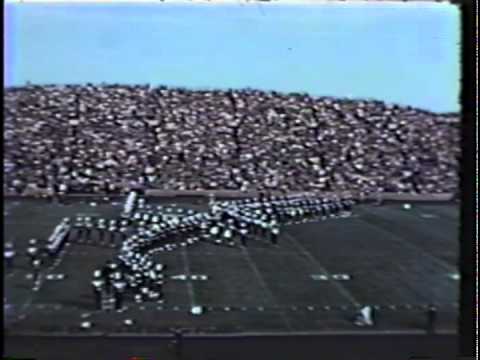 However, it will be the first time that Northwestern and Texas A&M universities will clash on the gridiron, and will also be the first meeting of the Fightin' Texas Aggie Band and the Wildcat Band.

While Northwestern fans have celebrated a century of musical and spirited traditions this year with the Wildcat Band, the Aggie Band is also steeped in tradition. Its ranks are entirely formed from Texas A&M's Corps of Cadets, and it is the largest military band in the world.

"The Fightin' Texas Aggie Band vs @NUbands in the Meineke Car Care Bowl of Texas is my favorite bowl band matchup," says Curtis Tarver on Twitter. Carver writes about collegiate marching bands and drum corps on his blog, 80 Minutes of Regulation.

Both bands have been honored with the Sudler Trophy, which is awarded by the John Philip Sousa Foundation to "recognize collegiate marching bands of particular excellence."

According to the foundation's statement of purpose for the award, receiving bands "have made oustanding contributions to the American way of life" and have "demsontrated the highest musical standards and innovative marching routines and ideas."

Soon, devoted student musicians will gather in College Station and in Evanston to prepare for a surely memorable performance. Additional Wildcat Band performances leading up to the game will be announced when the final schedule is confirmed.

Northwestern fans are strongly encouraged to purchase their tickets online through the Northwestern Ticket Office. Tickets also may be bought by calling the NU Athletics ticket office at 1-888-GO-PURPLE (467-8775). NUMBALUMS should request seating in sections 115 or 116 near the north end zone, and mention that they would like to be seated with the NUMBALUMS block near the band.