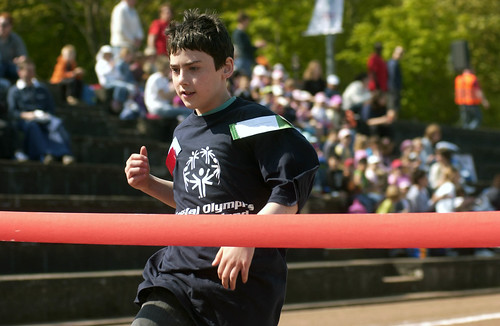 May 18, 2012 — EVANSTON, ILL. — Hundreds of athletes and volunteers, including members of the Northwestern University "Wildcat" Marching Band, will descend upon the Evanston Township High School gym on Saturday. The band will add a little purple—and perhaps Olympic gold—pride to the festivities. (Devoted fans know that before the university color was made simply purple, Northwestern officially used purple and gold.)

"For this event, we bring 200 Special Olpymics [athletes] between the ages of two and seven along with their families out for a day of fun motor skill activities, lunch, and carnival games," says Nicole Hendrix, executive co-chair of the Northwestern University Benefit to Special Olympics.

About two dozen members of the Wildcat Band will be on hand for the opening ceremonies, and will perform the national anthem and other music to kick off the Young Athletes All-Stars Day event.

Like the world famous Olympic games, and as is the tradtion in Special Olympics events, "we will include opening and awards ceremonies for all participants," says Hendrix.

In addition to the musicians from the Wildcat Band, "we will have 200 NU volunteers—including members of the athletic teams who will help lead skill stations," says Hendrix. 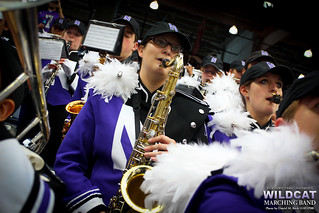 "Our performances on and around campus are important to our community," said Daniel J. Farris, Northwestern University director of athletic bands, during a rehearsal earlier this year. "So let's always work ahrd and make it our best," he said.

It iss a philosphy that fights right into the spirit of Special Olympics, which were first held at Soldier Field in Chicago in 1968. Since then, the organization has grown to include intellectually challenged children and adults all over the world, with a mission to provide them "continuing opportunities to develop physical fitness, demonstrate courage, experience joy and participate in a sharing of gifts, skills and friendship with their families, other Special Olympics athletes and the community."

Student volunteers for the event were organized by NU Gives Back, with additional details reported in The Daily Northwestern. The Young Athletes All-Stars Day event will kick off with the opening ceremonies at 10 a.m. at Evanston Township High School.