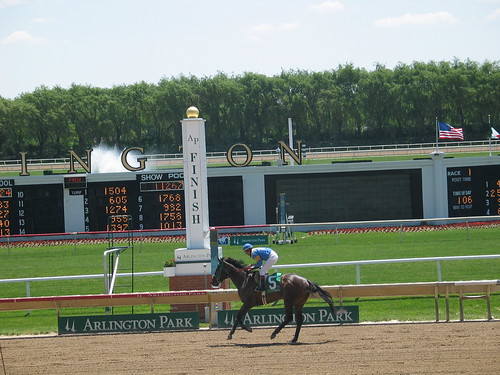 The event, beginning at 11:15 a.m., will recognize the academics, athletics and pride of Chicago's Big Ten Team with unique and special events for fans of all ages.

"Many NU coaches are on hand and there is special NU race which we play for," says Farris.

While world class horses and their jockeys speed around the Arlington Park track, several of Northwestern's top coaches will be on hand to meet-and-greet with fans throughout race day. The Northwestern University "Wildcat" Marching Band, WildPride and Willie the Wildcat will also be at the park for special performances and photo opportunities.

"The band will play at the park entrances at 1:00 p.m., then the National Anthem after Race 2," says Farris. 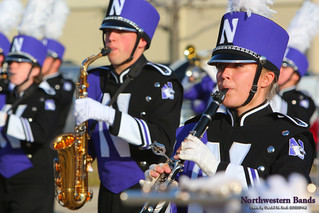 "We're so excited to return to Arlington Park for Northwestern Day on June 2," said Vice President for Athletics & Recreation Jim Phillips. "It's a wonderful opportunity for the fans and friends of Chicago's Big Ten Team to gather for a day during the offseason."

Arlington Park will show its support of Wildcat athletics by designating the sixth race June 2 as the "Northwestern Cup." Each horse in the race will feature NU branded saddlecloth while Northwestern representatives will be presented with Arlington Park jockey silks in the Winner's Circle immediately following the race.

"When the 'Wildcat' Marching Band performs it gets the entire crowd going," he says.

"Over the past couple years we have been thrilled to welcome Athletic Director Jim Phillips, head football coach Pat Fitzgerald, coach Kelly Amonte Hiller and the National Champion Women's Lacrosse team," said Petrillo. "We are proud to turn Arlington 'purple with Wildcat pride' and can't wait to welcome Northwestern University and its administration coaches, students, alumni and fans on June 2!"

Northwestern fans have the opportunity to purchase general admission tickets for $2 off the regular price when using the code NUDAY13 at the Arlington Park website. More information on Arlington Park, including parking and directions, can be found at ArlingtonPark.com.