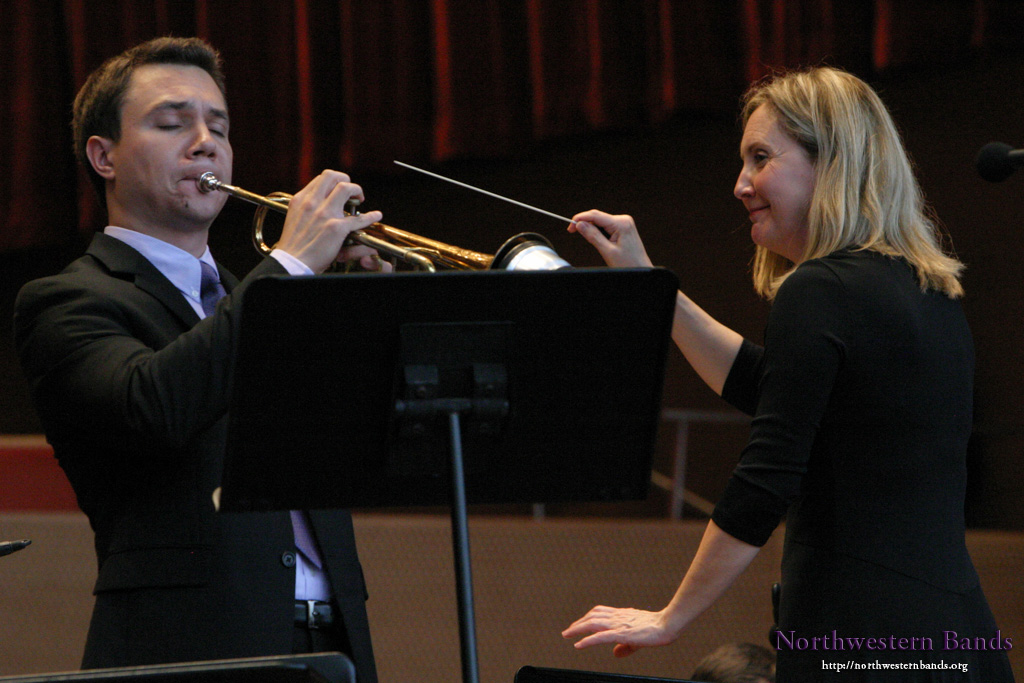 The Symphonic Wind Ensemble (SWE) at the Northwestern University Bienen School of Music will commemorate the 50th anniversary of its founding with a two-day celebration June 8 and 9, culminating in a performance featuring more than 150 Bienen School alumni.

The SWE 50th Anniversary Celebration concert will be held at 7:30 p.m. Sunday, June 9 in Pick-Staiger Concert Hall, 50 Arts Circle Drive on the Evanston campus. The event is free and open to the public. A live stream of the concert can be accessed starting at 7:20 p.m. at www.music.northwestern.edu/live.

Alumni from virtually every major orchestra and military ensemble will perform a program of ensemble favorites. The program will be selected from Bach’s Toccata and Fugue in D Minor, Handel's Overture to “Music for the Royal Fireworks,” Holst's First Suite in E-flat for Military Band, Lauridsen's “O Magnum Mysterium,” Prokofiev's “Ode to the End of the War,” Strauss's Serenade in E-flat, Whitacre's “Sleep” and other wind masterworks.

“When we realized we had an anniversary, I thought this would be a wonderful time to celebrate and gather our alumni together,” Thompson said. “I want to bring people together and provide a meaningful musical experience and an opportunity for them to reconnect with the positive experiences they had when they were students. Most of all, I want to bring people together to celebrate SWE and Northwestern.”

Founded in 1969 and originally directed by John P. Paynter, SWE has developed and maintained a reputation for innovation and artistry. The ensemble has released seven recordings to date and appeared in several convention performances, most recently at the 39th College Band Directors National Association conference. Under director Thompson, SWE has participated in dozens of commissioning consortia and presented numerous world premieres. The Bienen School’s top wind ensemble has also earned acclaim from such composers as John Adams, John Corigliano, Karel Husa, David Maslanka and Jennifer Higdon.

“SWE always performs at the highest level,” Thompson said. “While some of my proudest moments have been our recording projects, convention appearances or virtually any concert, those are only the tip of the iceberg. I remember many meaningful and fun moments in rehearsal and performance that were special to me both musically and personally.”

The SWE celebration weekend is sponsored by the Bienen School of Music. Partial support is also provided by an Alumnae Grant for Academic Enrichment from The Alumnae of Northwestern University.

For more information on the June 9 performance and other events this spring, call 847-491-5441 or visit www.concertsatbienen.org.

The Bienen School is a member of the Northwestern Arts Circle, which brings together film, humanities, literary arts, music, theater, dance and visual arts.